You can also find ice on land in other places than Greenland and Antarctica. But nowhere near as large volumes as ice sheets have. The second-largest volumes of ice on land are called ice caps. 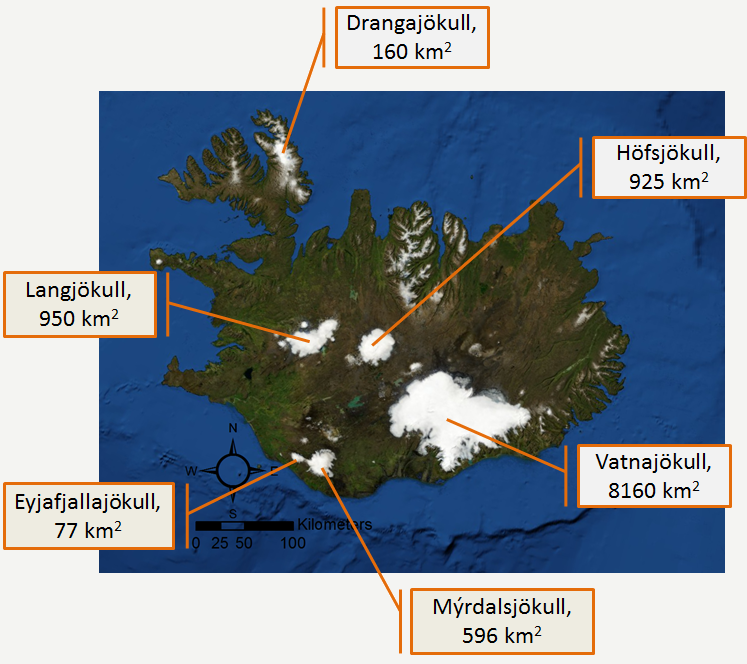 A satellite image of Iceland with the six largest ice caps marked.

There are six large ice caps in Iceland, as you can see on the map and lots of smaller ones. You can also find ice caps in other places, for example in Norway.