When the climate warms the sea level will rise. This happens due to the melt of ice and heating of the ocean. 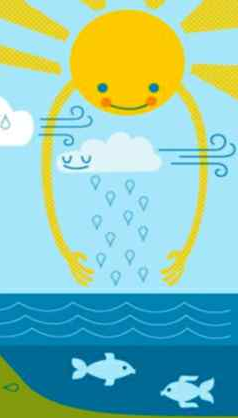 When the climate warms the sea level will rise because of melting ice. But oceans will not only rise because of the increase in meltwater. The warmer climate will also make the ocean warmer, and when the water becomes warmer it expands. This expansion will also cause a sea-level rise.

It is believed that the sea-level rise is as much due to melting as expansion. The sea level has raised around 1.7 mm per year since 1901. This gives a total sea-level rise of 17 cm in 100 years.